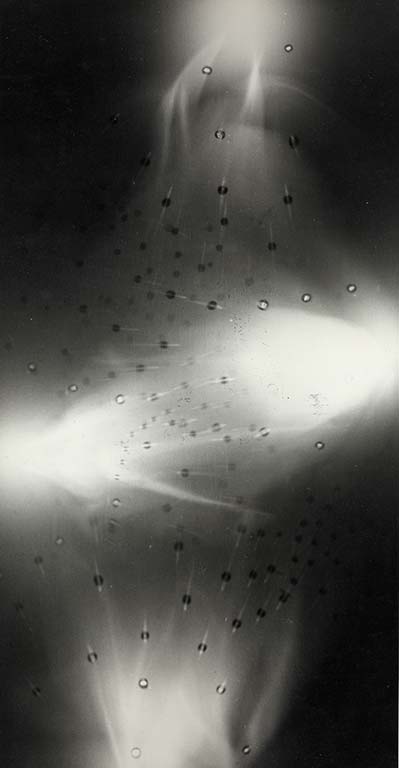 Cosmic Flares (Vertical) was the first, in the subsequent series of Cosmic Flares, and was constructed in Paris in 1965 and first shown at Art Electric at the Ileana Sonnabend Gallery, Paris 1966

In 1965, Lijn began to fabricate framed wall sculptures using thin acrylic sheets as surfaces and incorporating within the frame numerous small spotlights that were programmed to turn on and off sequentially to change the angle of incident light illuminating the surface.