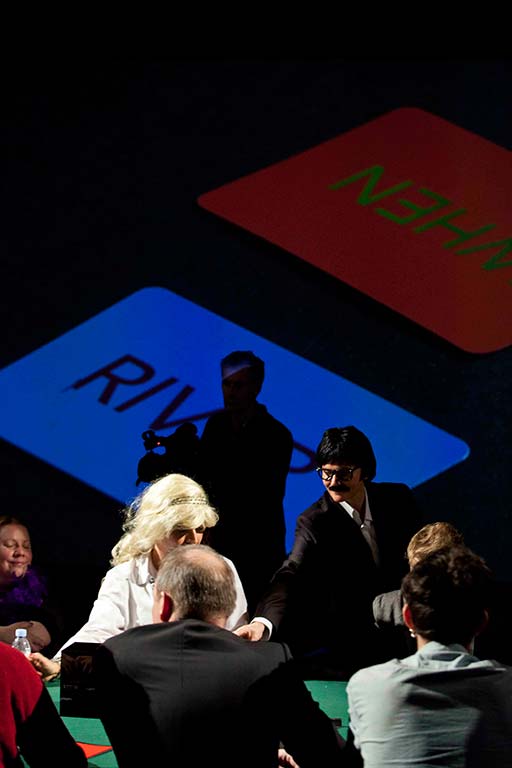 Liliane Lijn’s seminal Power Game will be performed at the Southbank on Saturday 25 June as part of the Power of Power festival.

Originally staged by Lijn in 1974, Power Game is principally concerned with the power of words and how people interpret meaning depending on their interests and preconceptions.

Holding a mirror to democracy, it is both a game and a highly visual, unrehearsed performance, which investigates the politics of identity and power.

The most delightful part of the game was the chance combination of words – so that, ‘why’ capped ‘sacred’ and ‘earth’ came up with ‘sex’. The stars of the show were the words themselves.

‘The Power of Power festival homes in on the forces that control our world today and is programmed around a production of Richard Wagner’s iconic opera cycle The Ring, which creates a seductive world of gods, giants, dwarves and heroes caught between love and power. Through a series of talks and performances, Power of Power brings together fearless leaders and expert observers to explore timeless themes from Wagner’s work, including money, desire and dynasty, through a contemporary lens.’

This event is free but requires a ticket. For more information please click here